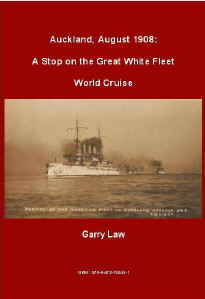 This booklet places the visit of the Great White Fleet to Auckland in its New Zealand context and its geopolitical context - that of great power rivalry over prestige, territorial ambitions and projection of force by battleship lead fleets. It shows the social context of Auckland 100 years ago.
Illustrated with contemporary pictures, many drawn from colour printed post cards.

This is available in electronic form only. 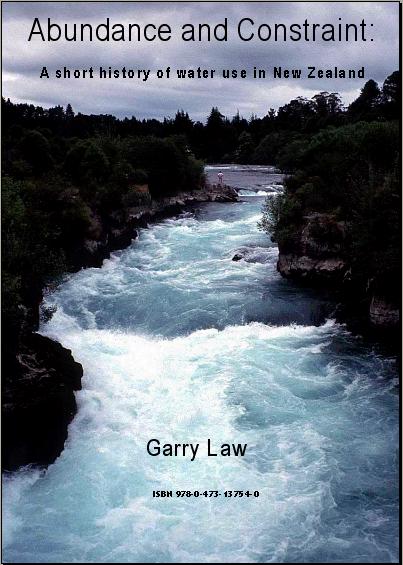 Abundance and Constraint: A Short History of Water Use in New Zealand.

New Zealand has an abundance of water but still there has been conflict over its use. Maori managed water and asserted their right to its use particularly for fishing. Colonists soon came into conflict with Maori over water, disrupting traditional fishing through rafting logs, introducing  new species and using waterways for wastes. Water was an important early source of power in colonial New Zealand used for milling a variety of products and in hydraulic mining. Gold mining was intimately connected to early hydroelectric development, a use which came to have the most profound effects on New Zealand's waterways.   The Law followed the different forms of use of water as they developed. Through mining contamination many rivers were declared sludge canals and their banks taken into Crown ownership - the Queens Chain - to prevent court actions by the adjoining owners. Wetlands have been much affected by development and there is a sad list of lost or endangered waterbird species. Despite a long  history of disputes over allocation New Zealand's Law on water allocation is little developed.
Illustrated with many historical pictures.

This is available in electronic form only.

The Maruiwi Press is a hobby press based in Auckland.